In terms of experience I’m still just a starting investor. This means that most advice given on this website is from the limited investment experience I have. Of course I do the necessary research to strengthen my advices, but that doesn’t mean one should follow them blindly. Because of my limited experience, I have yet to figure out how to correctly deal with certain dilemmas every investor will have to face from time to time.

One such dilemma recently came to me in the form of Volkswagen stocks (VOW3 on the DAX30 index) which I had bought in august for €183 per stock. The reasons for buying Volkswagen stocks were simple: it was a stable company with upwards potential. Its stocks were fairly priced in an overpriced market and dividend yields were reasonable at 2 to 3% for the last five years. It was a company I would have kept for years, if not for some recent events…

For anyone living under a rock these weeks, here is a summary of the events that followed. Around the 20th of September, the EPA (Environmental Protection Agency of the USA) accused Volkswagen of dodging emission rules. Software in some of its cars actively tries to make the cars seem more environmentally friendly then they actually are. Due to this mind numbingly dumb scam, Volkswagen needs to pay a fine of potentially €18 billion in the USA alone. Closing prices plummeted from €162,40 to €106,00 (-34,7%) in the course of two days. The dilemma for me was: should I hold on to my stocks or sell as soon as possible?

When researching the best course of action to take (sell or hold) in extreme cases like these, you will not get a satisfying answer. There are as many people screaming to sell the stocks as there are people screaming to buy as much as possible. None of these people can look into the future, so either side could be right. For me this was the first time ever facing a dilemma like this. Because I couldn’t find a satisfying answer with any of the analysts or ‘advice givers’, I tried to figure it out for myself. Ultimately I came to the conclusion to sell the stocks, which resulted in a loss of 45% over this investment. 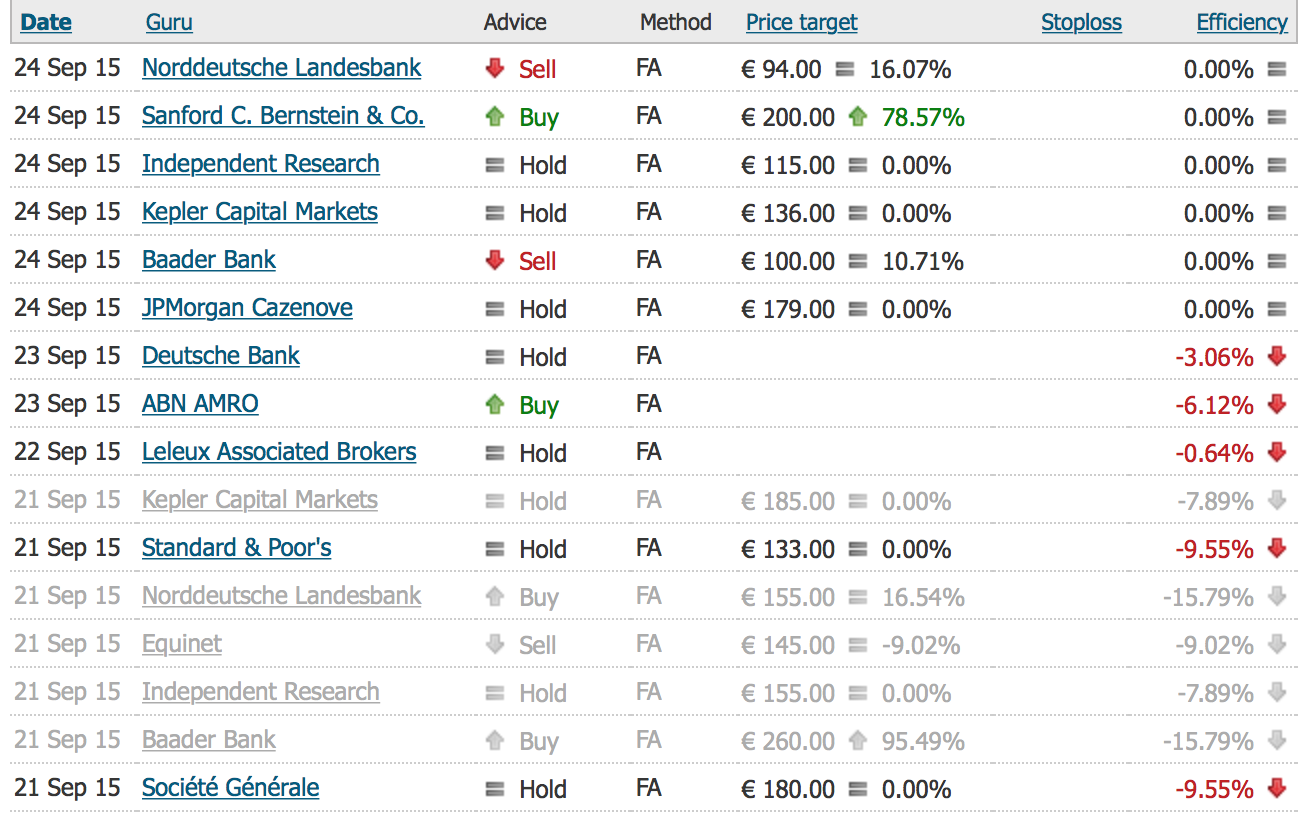 Figure 1: Most recent advices for Volkswagen. Some say buy, some say sell, most say hold with a target below my purchase price…

This article isn’t meant to give direct advice on how to handle situations like this, but I will try to explain the reasoning behind my decision. First and foremost, I once made this evaluation rule for myself (see Building a portfolio, part 1: The plan):

Stocks from companies with bad news about scandals or blundering management should be sold immediately, without question.

This rule is simple enough and tells me I should have gotten rid of my Volkswagen stocks faster than the speed of light. Although this rule is simple, it should be seen as a guideline and not as set in stone. Still, it’s a powerful rule but ultimately not the reason why I let my stocks go. The actual reason is simply because I don’t know what will happen. I don’t know what the future brings.

On the one hand bankruptcy might be possible as it has been with many companies in the past (just look up Enron, WorldCom, General Motors, Lehman Brothers and so on). This would probably result in a 100% loss of my invested funds. On the other hand, Volkswagen is a big company and might do fine after a few years. There are arguments for either side of the future, which renders it difficult to make a rational decision.

Because of the uncertainty the future brings for this company, I have sold my stocks. The uncertainty makes the stocks highly speculative in nature, which are investments I actively try to avoid. I would rather take my losses now and invest the remaining funds in securities that deserve my money today. This scam will have its effect on the company for years to come. Time will tell if my decision was the right one. For now the only positive thing to take away from this is that my losses are simply tuition payments. The lessons learned made me become a slightly more experienced investor…

Three lessons to take away from this experience: